Ring out the old… 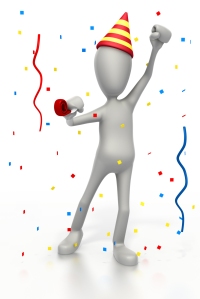 2010 has been a pretty good year. I survived a school inspection and our school achieved the ICT Mark. I blogged and blogged and some people actually liked it! My Twitter PLN grew to enormous proportions with everyone having something helpful and worthwhile to offer. But three events marked out my year education wise more than any of the others: BETT 2010, TMBpool and TMPembs. BETT 2010 was my first visit to BETT and it was only a flying one at that. I taught all Friday morning, jumped on a train and arrived in London just in time (well…actually a little late) for the TeachMeet. My first shock was as I entered the room: people I had never met before all waved. This is mainly because I always use a photo of myself on Twitter and had recently updated my ever changing hair colour. Still, it was a bit of a shock. Anyhoo, I met my friend and listened and watched. My only experience of a TeachMeet before this was watching one or two  online over a flash meeting but the reality was quite different and the ideas shared were amazing. In the break I managed to meet a few people I’d often chatted to a shared ideas with online: the atmosphere was friendly and supportive and I would recommend that everyone takes part in a TeeachMeet when they can – you’ll take loads away! Of course I had an additional shock at the end of the evening when Tom Barrett announced I’d be at TMTakeover the following day (later it was apparent he had the wrong Bev, but I still did it anyway). 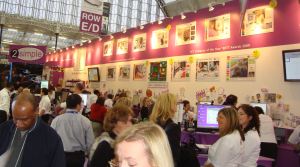 The actual BETT exhibition was an eye opener. Huge is not the word and there are so many great people to meet and things to see (check out Ian Addison’s blog with advice for first time visitors). It needed far more time and attention than I was able to give it (something I’m rectifying this time around) but was, all in all, a really worthwhile experience – we should all go :).

The other two big events were both TeachMeets. I had decided to plan my own TeachMeet (although, really, I fell into it accidentally). What started on Twitter as a bit of fun (and then labelled TMBev) started to become a reality and TMPembs was on the cards. Obviously I needed more first hand knowledge of such events and I ended up making the trek ‘up north’ to Blackpool. A reconnaissance mission of sorts and an opportunity to have a go at presenting at an event. I had a ball and it enthused me enough to make TMPembs a reality. And what a reality it was: fabulous speakers who travelled miles to get there, a great, relaxed atmosphere and, even more surprising, over 100 people following online! Wow! 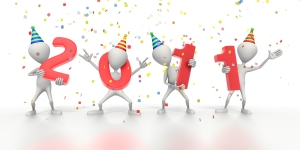 So what does 2011 bring? another visit to BETT, this time over more days and taking part in a few more great events like Collabor8 4 Change 2011, TeachMeet@BETT 2011 and TMTakeover 2011 and presenting on the 2Simple software stand. I’m also looking forward to spending some time in Cardiff, where there’s going to be a TeachMeet in February, and even further ‘up north’, at the Northern Grid for Learning conference during the summer. Of course I’ve got lots of great stuff planned at school too, including taking part in  the F1 for Schools Challenge and might even get around to organising another TeachMeet. However it pans out I’m sure 2011 is oing to be a productive and busy year!

Runner up in our category!

Error: Twitter did not respond. Please wait a few minutes and refresh this page.